Judging an Author by His Covers 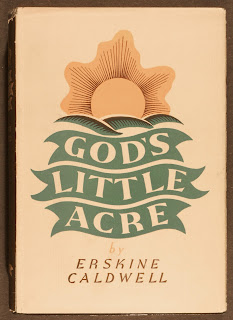 Over the past year, Shan Williams '12 has been processing our extensive collection of Erskine Caldwell's papers. This is the last week of her internship, so in her honor we look at the ups and downs of Caldwell's career as reflected in his book covers.

When God's Little Acre came out in 1933, it was packaged as serious literature. Viking treated him as a brave voice in American letters on par with Ernest Hemingway, Sherwood Anderson and Mark Twain. His proletariat fiction resonated with the left-leaning literati and critics loved his stark realism.

By the late 1950s, Caldwell's star was dimming. His books were still known, but had become more famous for the violent sexual scenes that got them banned in many localities. The covers reflect the change by accentuating the raging passions in lurid covers. And, of course, there was a chance for a movie tie-in (yes, that is Ginger from Gilligan's Island). 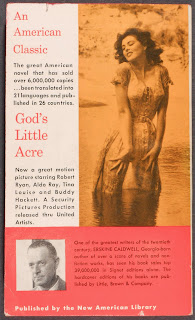 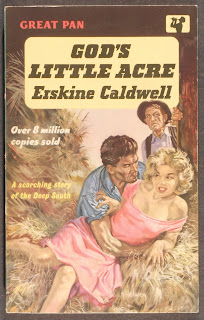 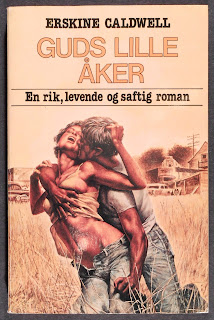 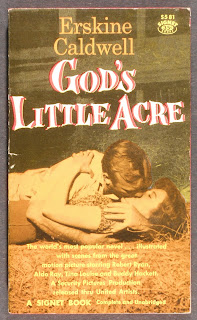 By the 1970s, Caldwell's books had slipped into the past for most Americans, though they maintained a worldwide audience. It was not until the 1990s that the resuscitation process began when the University of Georgia Press reissued his most famous works. Gone were the flashy covers and sensational blurbs: they were replaced by Walker Evans's photographs and statements like "What William Faulkner implies, Erskine Caldwell records."  What had been a dirty book transformed again into high culture. 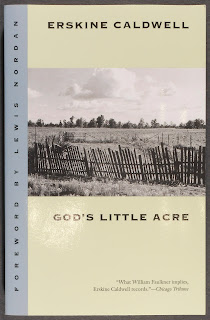